Information about Athens and its ports

You will find bellow information about Athens ferries and its 3 ports: Piraeus, Rafina and Lavrio: Photos, descriptions and connections available from Athens's port to the islands.

The peninsula of Attica has the busiest ports of the country, as most passengers leave from Athens to go to the islands of the Aegean.

There are three ports in Attica. The busiest is the port of Piraeus as it is located close to Athens city centre and it serves ferries to most islands of the Aegean, to Crete and ports of Peloponnese. The port of Piraeus is very large, it has 10 gates and every gate serves different destinations.

Over the last years, the port of Lavrion has also developed a lot. Lavrion is located on the southern side of Attica, close to Cape Sounion. All year round there are ferries from Lavrion to Kea and Lemnos, while in summer there are occasionally ferries to various islands of Cyclades and North Aegean.

The largest and most important port of Greece is Piraeus, about 10 km to the south of Athens centre. The port of Piraeus usually covers the schedules to the most popular Greek islands, including the Cyclades, the Dodecanese, the Eastern Aegean islands and Crete.
Apart from the normal ferries, there are also catamarans, high speed boats and flying dolphins to the Saronic islands.

Free shuttle bus for transportation within Piraeus port: There is a free shuttle bus connecting Gate E7 with the Gates E3, E2 and E1 approximately every 20 minutes when there is a ferry departure from these gates. The free shuttle bus stop is situated inside Gate E7, opposite Piraeus Metro station.

How to get to Piraeus port from the centre of Athens

By metro: The green metro line starts from Kifissia and ends in Piraeus, right in front of the port. The metro of Athens works from 05:30 am till midnight. In Fridays and Saturdays, it works till 2 am. The green line passes by Omonoia, the central square of Athens. A normal metro ride from Omonoia to Piraeus takes about 25 min. The green line is connected to the other two metro lines (blue and red) in a couple of interchanges. There are trains to Piraeus from all metro stations every 10 min. Ticket price (2015): '1.40' 'EUR' (1.40 Euro).

How to get to Piraeus port from the Athens International Airport

By metro: You can reach the port by metro. There is a metro station just outside the airport. You take the blue line and change at Monastiraki station to take the green line, which has its terminal just outside the port of Piraeus. The first metro train from the airport leaves at 06:33 am and the last at 22:33 pm. There are trains all day long, every half an hour (at 03' and 33'). The whole ride will take about 1 hour and 20 minutes. Ticket price (2015): '8' 'EUR' (8 Euro). Once you get at the port of Piraeus, make sure you find the gate from where you ferry leaves.

The second busiest port of Athens is Rafina. It is actually a small and lovely town to the north of Athens. It has a lovely waterfront, beautiful squares and many taverns to have a meal. It is located about 30 km from the centre of Athens, 40 km from the port of Piraeus and 10 km from Athens International Airport.
Destinations: The port of Rafina is the only port that serves ferries to Andros, as it is closer than Piraeus. There are also ferries to Tinos and Mykonos.

From the centre of Athens

By taxi: A taxi will normally take about 1 hour and 15 minutes to go from Omonoia/ Syntagma to Rafina. To get closer to Rafina, visitors can take the blue metro line to Nomismatokopio metro station and take a taxi from there. The trip from Nomismatikopio to Rafina will take about 35 minutes. The taxi fare (indicative) from Athens city centre to the port of Rafina is '50' 'EUR' (50 Euro) in day time and '65' 'EUR' (65 Euro) in night time (24:00-05:00).

By bus: As there is no metro line till Rafina, you have to take a bus to go there. Suburban (KTEL) buses to Rafina leave from Pedion Areos, in Athens centre. Buses usually leave every hour and the ride takes about 70 min, depending on traffic. To go to Pedion Areos, take the green metro line to Victoria station and then walk up Heiden street. Ticket price (2016): '2.40' 'EUR' (2.40 Euro).
Check for bus schedules from Athens Centre to Rafina Port and from Rafina Port to Athens Centre.

Lavrion is a small, coastal town at the southernmost tip of Attica peninsula. In the ancient times, it was a mine area, which reopened in the early 20th century. Today the mines have closed but Lavrion gets lively from its port, which serves nearby and remote islands. Lavrion is located 60 km from the centre of Athens and 25 km from the Athens Airport.

Destinations: Vessels from Lavrion go to the nearby Kea island and the Cycladic island of Kythnos. They also serve remote Eastern Aegean islands, such as particular Lemnos and Agios Efstratios.

From the centre of Athens

By taxi: A taxi will normally take about 1 hour and 15 minutes to go from Omonoia/ Syntagma to Lavrion. To get closer to Lavrion by public transport, you can take the tram from Syntagma or Faliro to Voula and then take a taxi. A taxi ride from Voula will take about 30 minutes. The taxi fare (indicative) from Athens centre to the port of Lavrion is '65' 'EUR' (65 Euro) in day time and '80' 'EUR' (80 Euro) in night time (24:00-05:00).

By bus: Suburban (KTEL) buses to Lavrion take about 2 hours to reach their destination. They leave from Pedion Areos, Athens centre. To go to Pedion Areos, take the green metro line to Victoria station and walk up Heiden street. Ticket price (2015): '4.90' 'EUR' (4.90 Euro).
Check for bus schedules from Athens Centre to Lavrion Port and from Lavrion Port to Athens Centre.

Discover more destinations on the Mainland 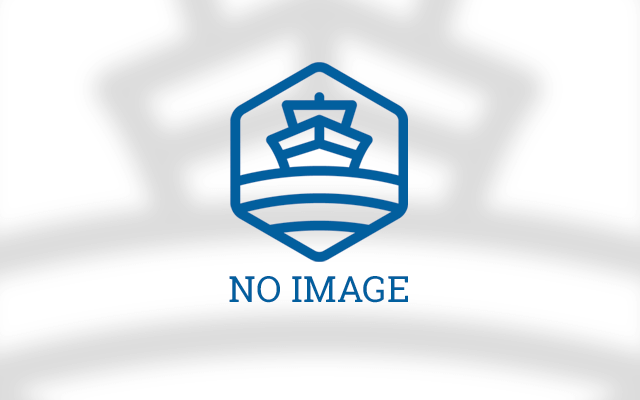 Find all the necessary info regarding our engine's function, as well as our policies on cancellations and amendments.  View
Contact us
{"translations":{"engine":{"default_port_from":"PIR","default_port_to":"JTR","from":"FROM","to":"TO","date":"DATE","passenger":"PASSENGER","passengers":"PASSENGERS","vehicle":"VEHICLE","vehicles":"VEHICLES","loading_message":"Searching for Itineraries"}}}